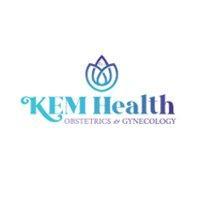 Ovarian cysts are quite common in premenopausal women but don’t often cause symptoms or problems. If you’re among the 8% of women who develop large cysts requiring treatment, seek care from the board-certified OB/GYNs of Kem Health Obstetrics & Gynecology in Atlanta, Georgia. If you suspect you have an ovarian cyst or want to explore your treatment options, call the office for an appointment or schedule online today.

What are ovarian cysts?

When fluid-filled sacs form on your ovaries, the almond-shaped organs that sit on either side of your uterus, you have ovarian cysts. Eggs mature in the ovaries and are released monthly during ovulation.

Many types of ovarian cysts can develop, but two of the most common are:

A follicle develops around your egg as it matures in your ovary. When it reaches maturity, this follicle bursts and releases the egg for fertilization. A cyst may form if this follicle fails to open and release the egg. Follicular cysts rarely cause symptoms and usually go away within three cycles.

What are the symptoms of an ovarian cyst?

Ovarian cysts are common and usually go away without any treatment. Sometimes, however, an ovarian cyst can grow large or even burst – causing serious medical concerns.

Large cysts can cause the following symptoms:

If you have a cyst that ruptures, causing severe and sudden pelvic pain, you need immediate medical attention.

How are ovarian cysts diagnosed?

The doctors at Kem Health Obstetrics & Gynecology may detect an ovarian cyst during a routine pelvic exam and order an ultrasound to confirm the diagnosis.

These ultrasounds are offered in the comfort of the Kem Health Obstetrics & Gynecology office and give the doctors a quick report on the exact size, location, and shape of the cyst. This information helps inform your treatment plan.

How are ovarian cysts treated?

If your ovarian cyst (or cysts) aren’t causing symptoms, the doctors recommend regular monitoring to make sure they don’t grow too large.

If you have a large cyst or one that is symptomatic, you may undergo a surgical cyst removal. This procedure is performed at Emory University Hospital via laparoscopy, with small incisions and specialized tools, to facilitate a fast recovery.